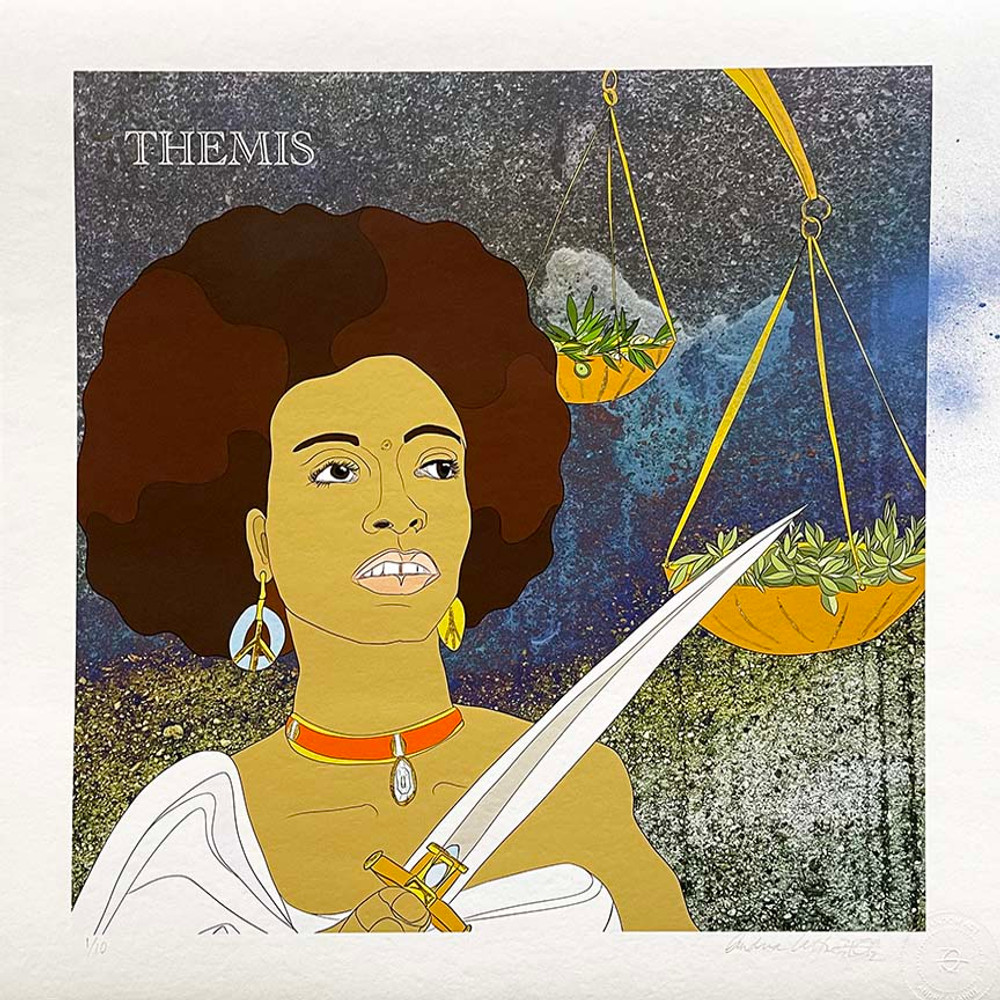 Themis is known as the Greek Goddess of divine law and order.  She was brought by The Three Fates: Spinner, Allotter and Inflexible, in a golden chariot to her wedding to Zeus, to be his second wife. Themis had six daughters:  three seasons and Peace, Good Order and Justice.  It is said, she was the divine voice that instructed humankind on the unwritten, primal laws of human conduct via the Oracle of Delphi.  Themis is often depicted with the scale of justice and sword of truth.

Angela Davis is the living American icon who embodies the Greek Goddess Themis.  Born into activism, Davis’ earliest days were marred by extreme social injustice, tempered by a strong family, an intellectual mother and the time of the civil rights movement.  Davis’ political involvement started when she protested racial segregation in The Girl Scouts of the United States of America. Davis went on to educate herself with some of the most brilliant philosophers of her time and came back to engage our country in social issues by being an academic, an activist, a scholar and a revolutionary.  Angela Davis has tirelessly worked and written on social issues  of class, feminism, race and the US prison system. Her ability to teach and speak deeply, critically and offer working solutions for these subjects, make Angela Davis a perfect fit as Themis.