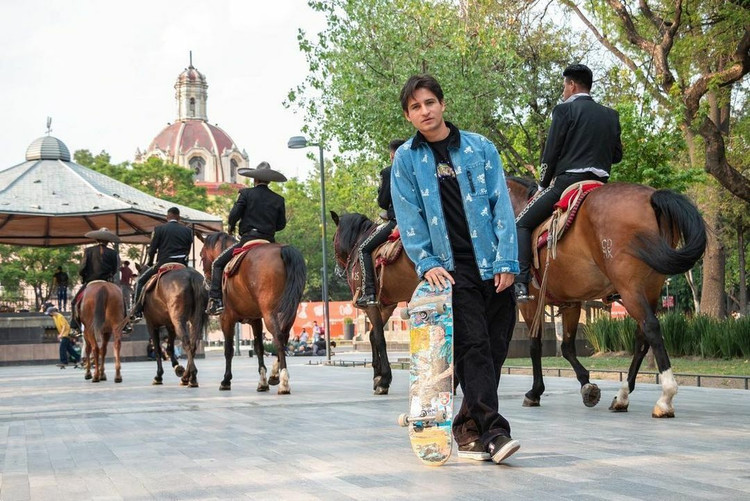 Oscar Meza is a 30 years old Skateboarder who grew up in the streets of Los Angeles. He’s a Pro Skateboarder currently on the Mexican Olympic team for Paris 2024.

He became inspired by alumni skateboarders/artists, Danny Minnick, Chad Muska and Harif Guzman. These skateboarders-turned-artists greatly contributed to Oscar’s interest in the art world and taught him to find his own artistic voice. Meza describes his ever-evolving work as being “ Geometrical and symbolic.” Oscar puts as much passion and discipline in his art as he does I. his internationally acclaimed skateboarding career, establishing himself as a respected emerging artist.