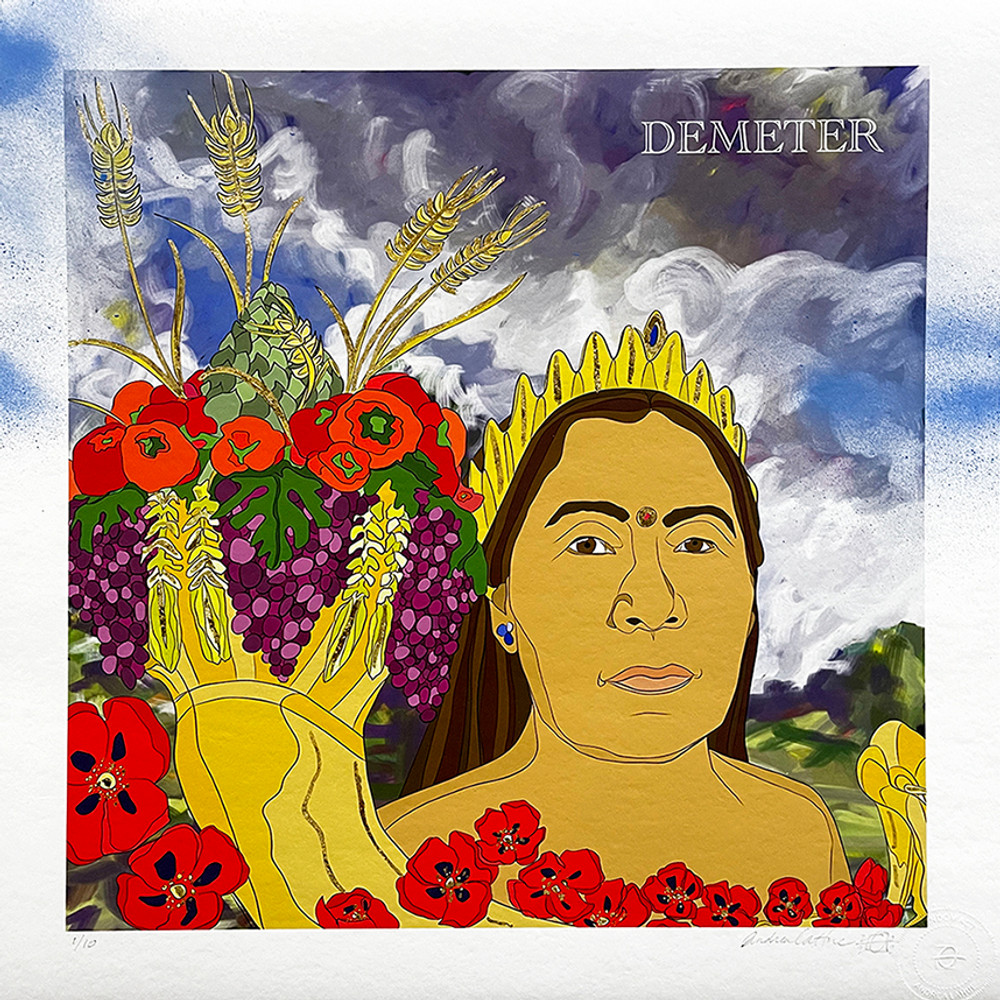 Demeter is known as the Greek Goddess of the Earth’s harvest and agriculture.  Her domain is the grains and fertility of Mother Earth.  She taught humanity all the ways of agriculture via Triptolemus, who freely taught it to whomever asked.  Perhaps most remembered about Demeter, is her enormous grief, at the loss of her daughter Persephone.  A grief that sparked obsessive searching for her daughter until all the seasons halted, all growth stopped and everything began to die.  Forced into action, Zeus sends Hermes to bring Persephone back to her mother Demeter, yet she was tricked by Hades, her kidnapper and god of the underworld, and is now forced to split her year between the two.  In the Eleusinian Mysteries she and her daughter are worshiped and centered on agriculture and grains, the cycle of life, death and rebirth and how it relates to the afterlife.

Madonna Thunder Hawk is the living American icon who embodies the Greek Goddess Demeter.  Born under intense civil rights abuses, broken treaties and desecration of land and culture, Madonna Thunder Hawk tempered lack with connection to the land, her culture, discipline, education and activism.  She is known best for being a Native American civil rights activist, a leader in the American Indian Movement and organized against the Dakota Access Pipeline.  A co-founder of the Women of All Red Nations, tribal liaison and organizer for Lakota People’s Law Project.  Madonna Thunder Hawk has been present, at some of the most important moments in our history, over the last century.  Thunder Hawk has tirelessly advocated for the land, water and air human beings and the natural world need to survive.  She has organized for children and family rights and against sterilization abuses. Further, Madonna Thunder Hawk advocates for the activists aka political prisoners, with legal liaison and support.  Speaker, teacher, matriarch, mother, grandmother, great grandmother, Madonna Thunder Hawk represents all the mothers of this land, like Demeter, sending a message to the powers that be, like Zeus, with prayerful protest.  She wants her daughter, the land, back.  Everything is starting to die.