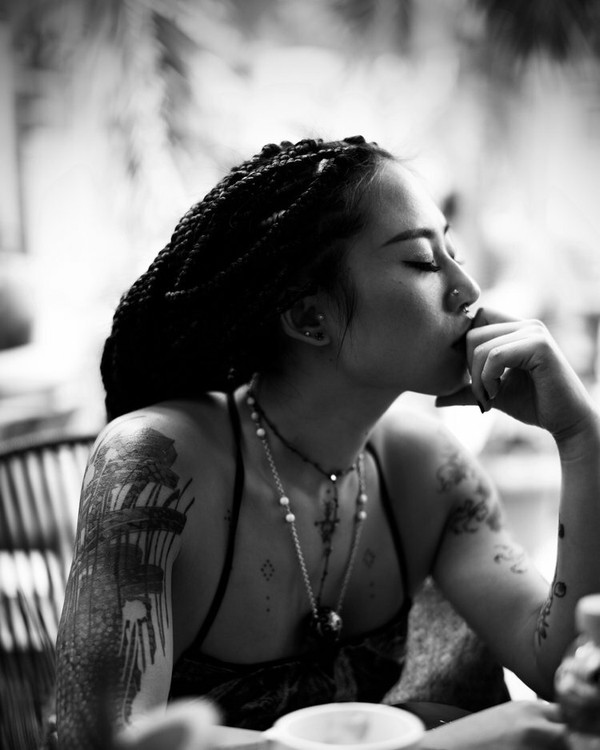 Lin Fei Fei was born in northern China, during the year of the rabbit, to a dismayed family who had expected a boy. This disappointment weighed down on Fei from an early age, drawing, and painting would become her safe haven. With art, she could remake the world to express her truth.

Fei would eventually complete her Master's in Oil Painting at the Luxun Academy of Fine Arts, where she studied and earned the Valedictorian position in the German Expressionism Painting Department. Her work would be exhibited throughout Europe, Asia, and the United States, where she would relocate to. Her art has been collected by the Luxun Academy of Fine Arts, Oslo National Art Academy, Blue Roof Art Museum, Wang Shi Kuo Art Foundation, Eland Foundation, Laforet Summer Vacation Project in Italy, and numerous private galleries and collections. In 2016, she was chosen as one of the ten "Contemporary Chinese Artists of the Future" by the Wang Shi Kuo Art Foundation in Beijing, China.

Fei's work focuses on the facets of real life and humanity. She is drawn to concepts that are taboo in Chinese culture, like sexuality and mortality. She works on many mixed-media projects with musicians, writers, fashion designers, and virtual reality artists; as well as making large-scale murals and installations.