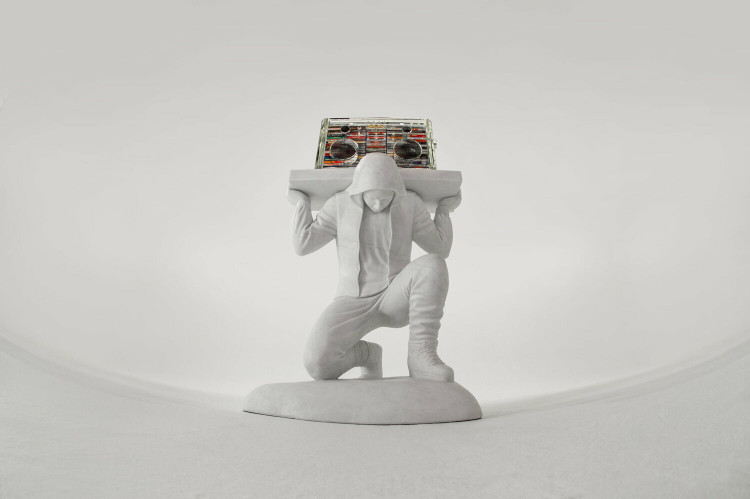 I was born in New York and attended art school in Minneapolis; I dropped out in my second year to pursue music. Shortly after I had the opportunity to be mentored by the musical icon Prince to record, perform, design, tour and write songs with him at Paisley Park. In 2002, I relocated to Atlanta and started a design company with a focus on album covers and branding for many artists and labels. Since my move to Los Angeles in 2010, I’ve been working on social campaigns and creative for Entertainment Brands. I’ve been an Art Director and Designer on projects for Netflix, Marvel, Beats By Dre, Paris Hilton, Akon, Gucci Mane and many more.

I was such a fan of Hip Hop album covers in the 80s/90s that I started my career as a designer and my nostalgia for that period influences my art. After 20 years of mainly creating digital work for others I’m now creating physical work. The journey to make this piece from an idea to reality was exciting, gut wrenching, educational, and risky but made me feel alive to create in a new way. The first sculpture in this series I dubbed the Rhyme Capsule.