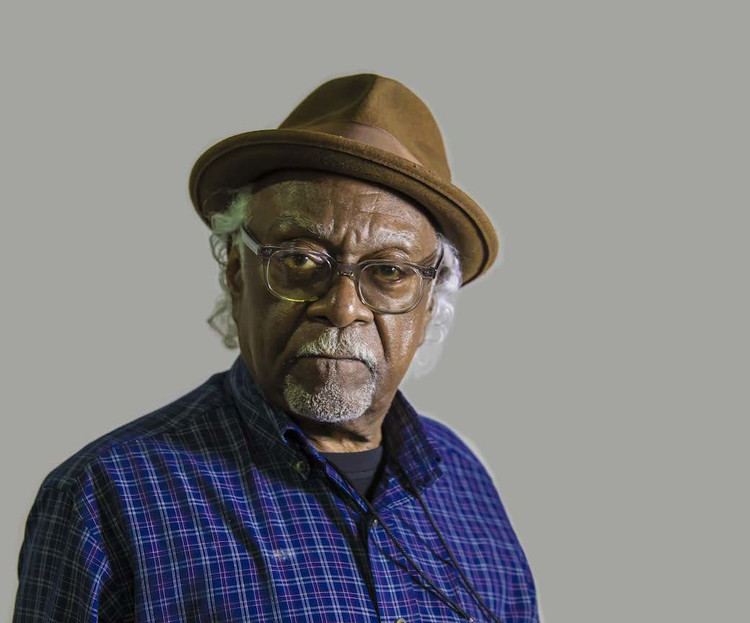 Leroy Johnson (b. 1937) was born and grew up in the Eastwick community of Southwest Philadelphia. Much of his work takes the form of painting, collage and found objects, and is reflective of life in the inner city. He has participated consistently in solo or group shows in the arts and in crafts since the late-sixties. He has exhibited widely, some of the venues include: Philadelphia's Magic Gardens; Tirza Yalon Kolton Ceramic Gallery (Tel Aviv); Gloucester County College (Sewell, NJ); University of Pennsylvania; Museum of Contemporary Crafts (Pittsburgh, PA.); Tiger Strikes Asteroid (Brooklyn), and numerous other galleries and locations over the years. He has received grants from the Mid Atlantic Arts Foundation, the Independence Foundation, and the Pennsylvania Council on the Arts. Johnson earned an MHS from Lincoln University. He is a 2014 PEW Fellow, has been a fellow at The Clay Studio, and was recently chosen as the Directors Highlight in the Mural Arts Let’s Connect Competition at the Barnes Museum. Johnson has been a participating or resident artist for many community-based art projects, including at Ile Ife, The Village of Arts and Humanities, Taller Puertoqueno, the Church of the Advocate, and St. Francis Academy. Additionally, he was the inaugural resident artist at the Art Barn in Amaranth, VA, is the current Peter Benoliel Fellow at The Center for Emerging Visual Artists, and was the recent Mural Arts Studio Artist-in-Residence at the Barnes Museum.                                                                 Leroy Johnson has been making art about the urban landscape of Philadelphia for over fifty years, working in mediums ranging from painting to collage to clay and assemblage sculpture. Chronicling the evolving landscape of Philadelphia, his work offers juxtapositions of social tensions, historical moments, and urban structures in conversation with the story of African Americans in the city. Informed by Johnson’s long careers in social work and education and his Master’s Degree studies at Lincoln University, his artwork highlights his knowledge of Philadelphia’s streets, the interwoven accounts of generations, and pressing contemporary social conditions, including inadequate access to resources, violence, and gentrification. His unflinching depiction of our world brings awareness to the forces and lives that continue to shape the city.