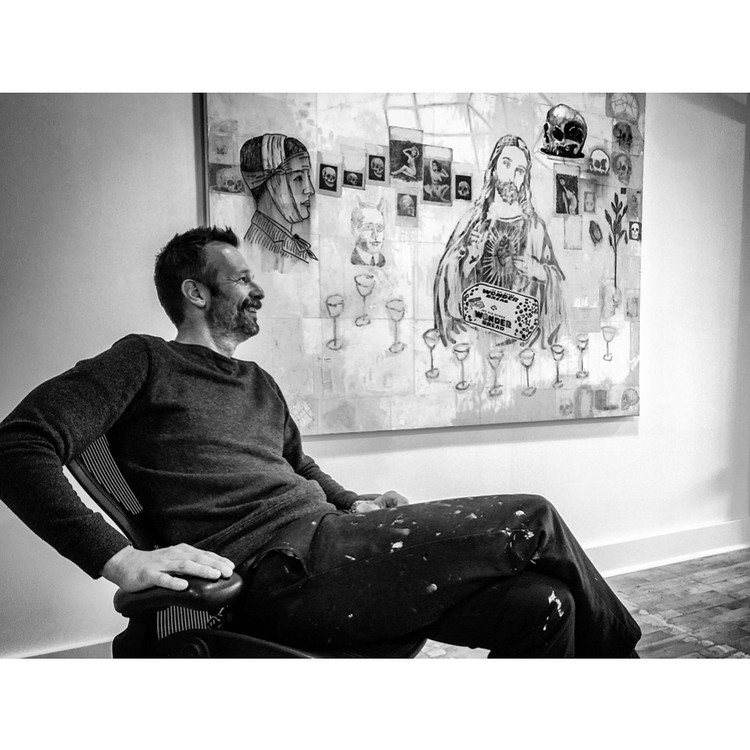 Matt Eddmenson, who graduated from The Art Academy of Cincinnati in 1999, draws from a range of influences and sources for his practice, including Cowboy Comics, Pop Art, and the work of Cy Twombly. His works are gatherings and reconfigurations of American imagery and iconography, commonly featuring cowboys, skulls, and rodeo horses. He also incorporates images from the golden age of comics and tattoo culture. Eddmenson explains: “I work from my memories as a child, I learned to draw by tracing comic book covers over and over until I was able to draw these characters from memory—I have a deep admiration for comic book art.”  Works like “The First Should Be The Last (Unless You’re 2nd) (2020) and “Say Something Else” (2020)  demonstrate Eddmenson’s ability to reference western comics, his love for postmodern masters, and the great colorists of the 21st century.