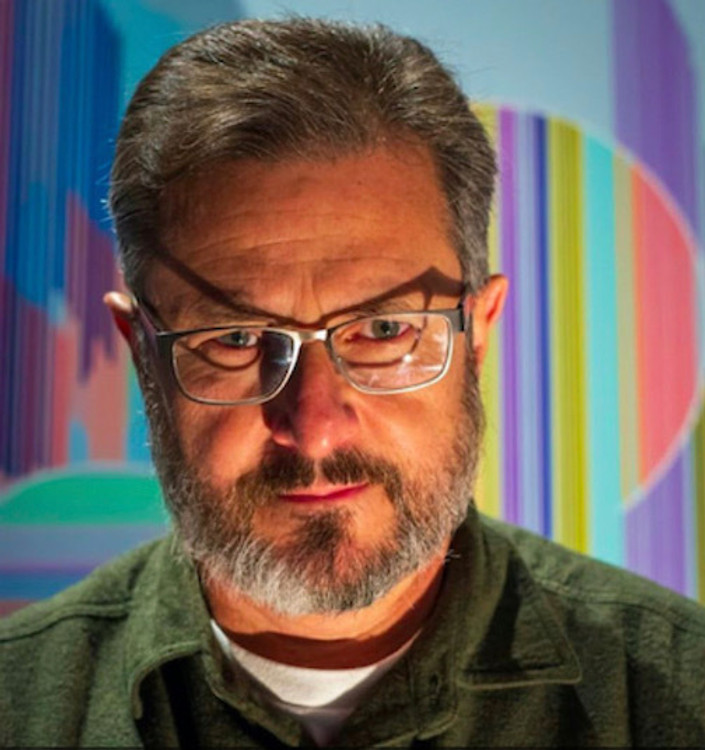 Born in 1969, Juan Carlos Muñoz Hernandez was raised in the Boyle Heights neighborhood of Los Angeles where he was exposed to art at an early age, in the form of graffiti art and aerosol based mural paintings. After being commissioned for his first public mural, his career progressed with further commissions and he was eventually selected, through a rigorous interview process, by world-renowned sculptor Robert Graham to join the Museum of Contemporary Art’s “Torso Project” in 1992.

Muñoz Hernandez’s works range in materials from acrylic, ink, pigment on paper, wood, and canvas, to multi-dimensional cast and fabricated bronze, with patina and powder-coat.  His work has been included in numerous museum and gallery shows over the past twenty years such as The Robert and Frances Fullerton Museum of Art, The Pasadena Museum of California Art (PMCA, OTIS Ben Maltz Gallery, and The Lancaster Museum of Art and History (MOAH).  His work was also included in The Getty Graffiti Black Book in 2013, which featured the work of more than 150 of LA’s most influential graffiti artists, and was inspired by 16th century manuscripts held by the Getty Research Institute called “Liber Amicorum” or “Book of Friends.”  The Getty Graffiti Black Book was on display at the El Segundo Museum of Art (ESMoA).  In 2018, he held his first solo show at Simard Bilodeau Contemporary.