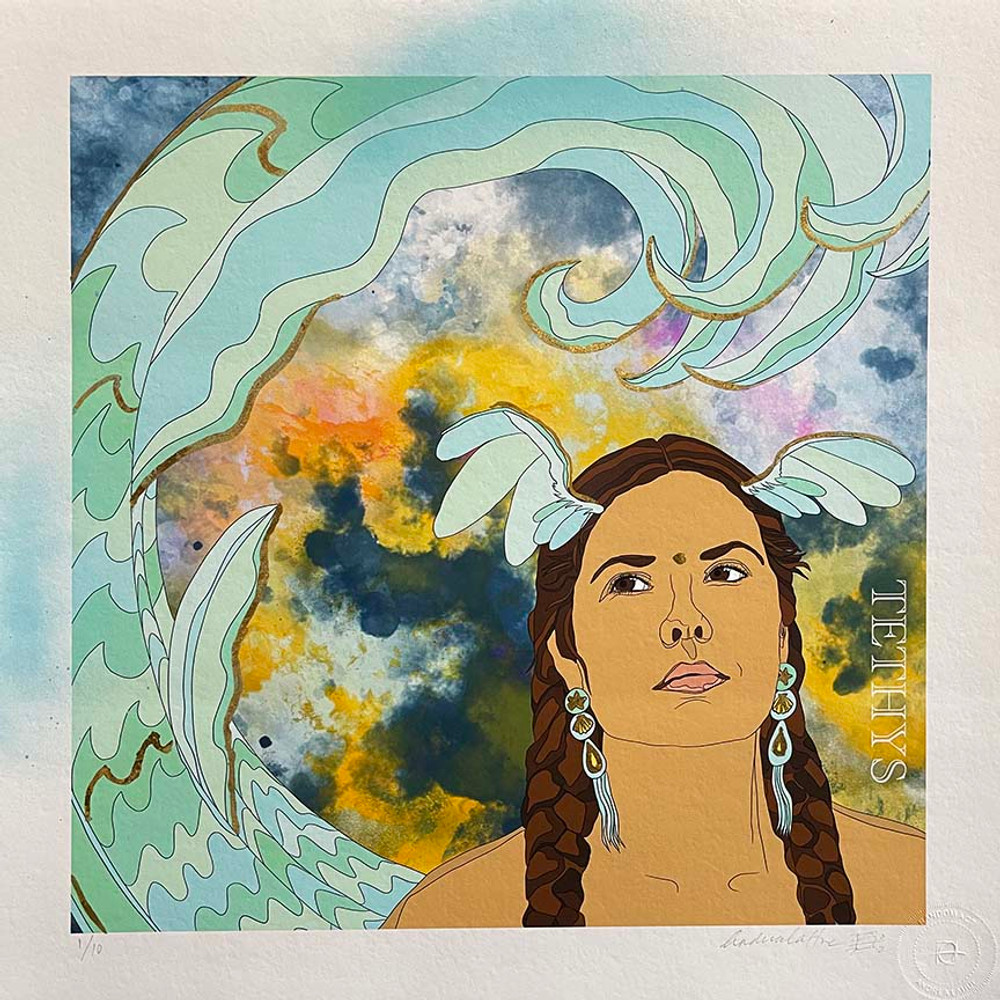 Tethys is known as the Goddess of Rivers and Oceans in ancient Greek mythology.  One of the earliest females, a Titan Goddess, with Gaia, the earth, her mother and Uranus, the sky, her father.  She was the mother of innumerable sons, the River Gods and innumerable daughters, the Oceanids.  Her brothers and sisters include Themis, Mnemosyne, Cronus, Phoebe, Rhea, Theia, Hyperion, Crius, Coeus, and Oceanus, who was a giant river encircling the world, and Tethys’ husband.  Tethys is the Mother Titan Goddess of all the rivers, seas and oceans of Earth.

Tara Houska is the living American icon who embodies the Greek Goddess Tethys, the goddess of Rivers and Oceans.  Growing up poor, in a small northern border town Houska is a self described bookworm.  She was first in her family to go to college, she learned the Anishinaabe language and got a law degree which she then used in DC to represent tribes around the country.  Houska studies to become a medicine person, teaches and continually advocates for indigenous rights, civil rights and the environment.  Known as a “Water Protector,” organizer and activist, Houska is involved in creating whole systems of sustainability, which includes mutual aid work in civil rights and beyond.  She strives to make a good world.