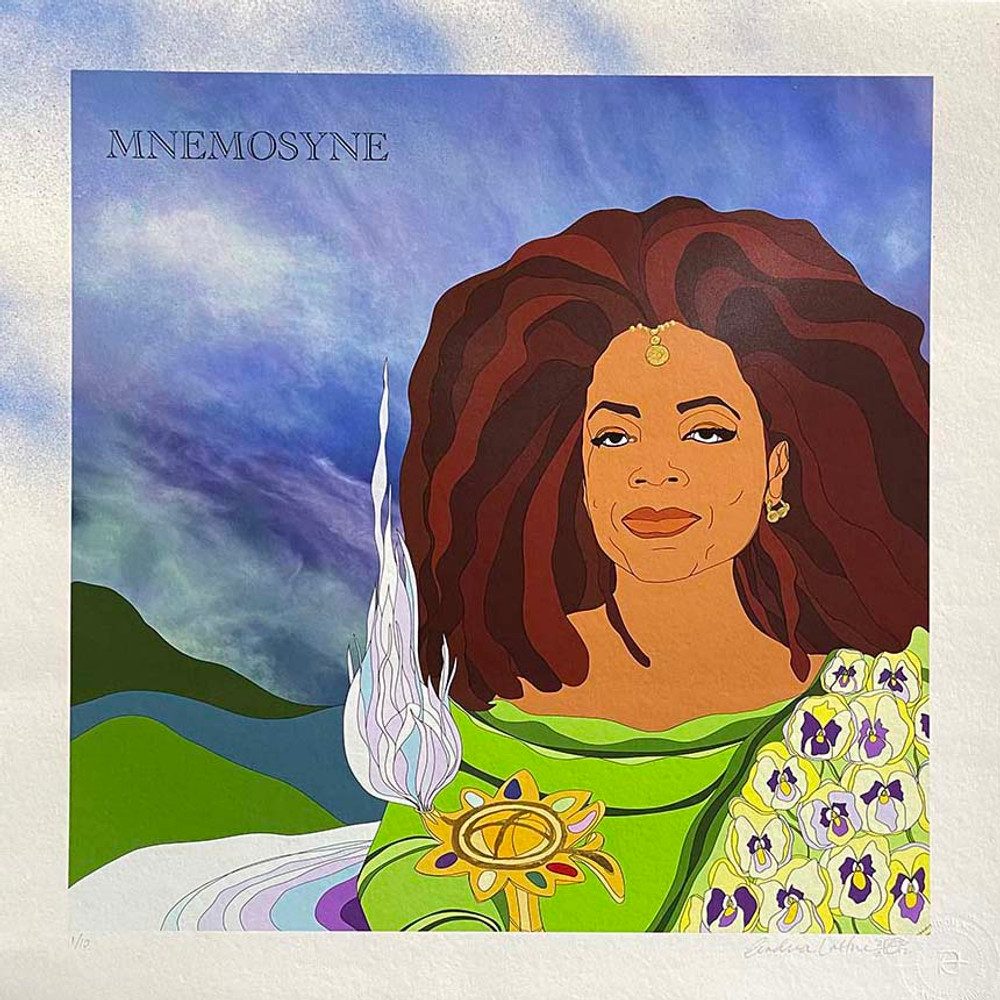 Mnemosyne is known as the Greek Goddess of Memory and mother of the Nine Muses in ancient Greek Mythology.  Considered a basic building block for civilization, memory, in the form of Mnemosyne, a Titan, was invoked by kings, leaders and poets to accurately remember their speeches and performances. Mnemosyne was also the river of memory and in Orphism, the initiated was taught to drink from this river after death, to stop the transmigration of the soul.

Oprah Winfrey is the living American icon who embodies the Greek Goddess Mnemosyne, the goddess of Memory.  Born into poverty, Winfrey learned to read at three, excelled in school and was called “The Preacher” as a child for her ability to recite Bible verses. She was the youngest and first black female news anchor and had a meteoric rise and created her own production company.  Her honest open heart, in 25 years of her emotionally focused TV show, introduced the masses to spirituality, self improvement, literature and current culture, which continues to impact American culture today.  The greatest black philanthropist in US history, the first black female billionaire, a host, producer, actress and author, Oprah Winfrey has received the Presidential Medal of Freedom and continually strives to make a better world for all.