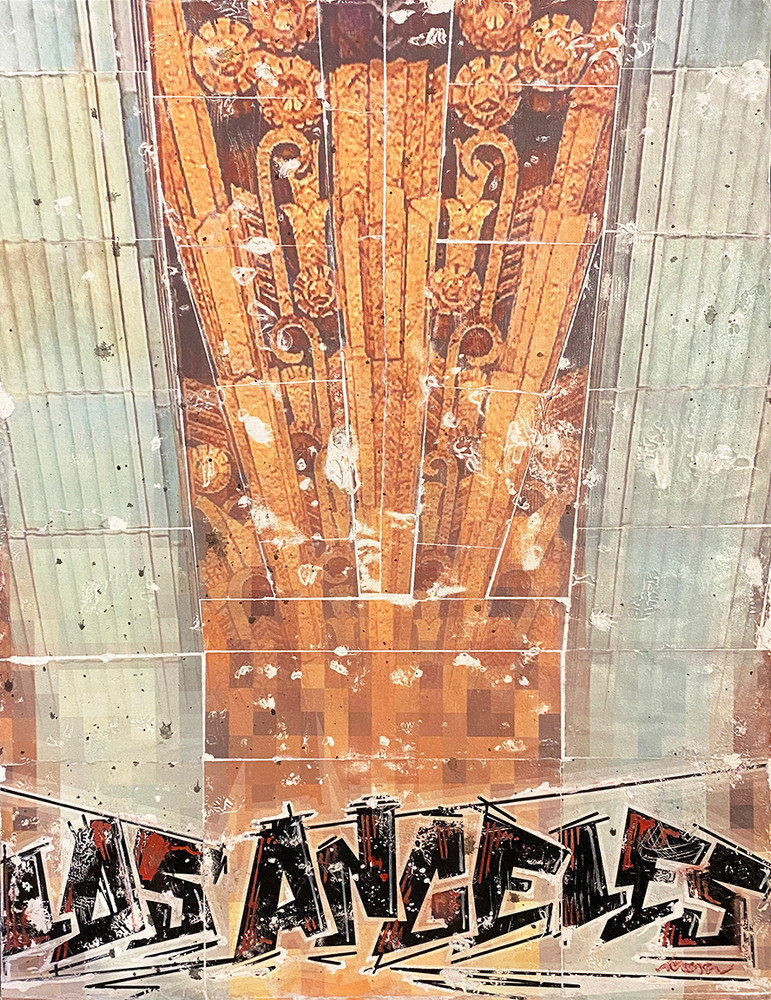 This piece, from the early 21st-century, is an example of the respect, love, and connection humans of the first digital epoch had for the  urban centers they called home.

It was recovered from Art horde #37 in 3763. All 43 artifact hordes were originally plundered from the south Eastern edge of the great phoenix tsunami deposits. Like many of those pieces the provenance of this piece remains unknown.

Story of LA by Pablo Damas