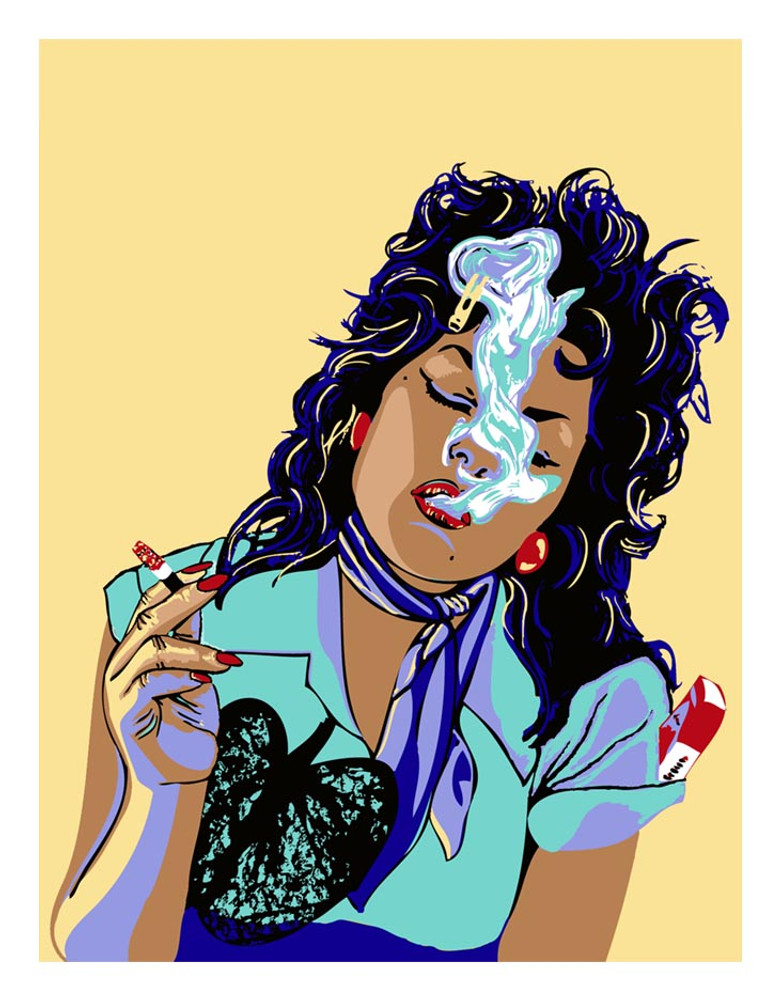 Portrait of the artist for Self-Help Graphics Maestro Atelier Series.

Absolutely Chicana is a work about identity constructed to face a hostile environment for women and for Chicana’s in the 1950’s.

It is derived from a photograph taken of Judy Baca in 1973 by Donna Deitch for what was the first exclusively “Chicana” show in Los Angeles called ‘Las Venas de la Mujer’. The image is of Judy Baca as the ‘Pachuca’ was created as part of performance in which she transformed herself into the Pachuca via a mirror on the vanity table. Behind the mirror was the Chicana Triptych called the ‘Tres Marias’ now a part of the Smithsonian Latino Treasures Collection. The image seems relevant again in the current climate of Chicana/o identity ambivalence.

"Absolutely Chicana" will be featured at Baca's upcoming retrospective at MOLAA.

Portrait of Dolores by Judy Baca