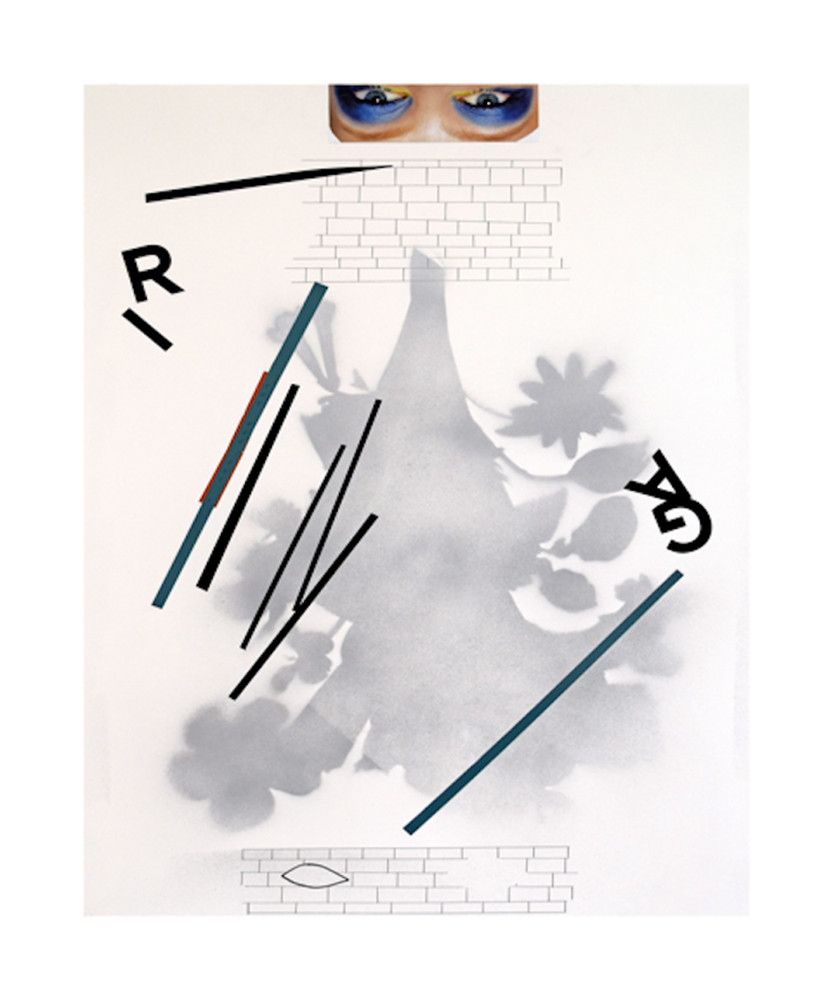 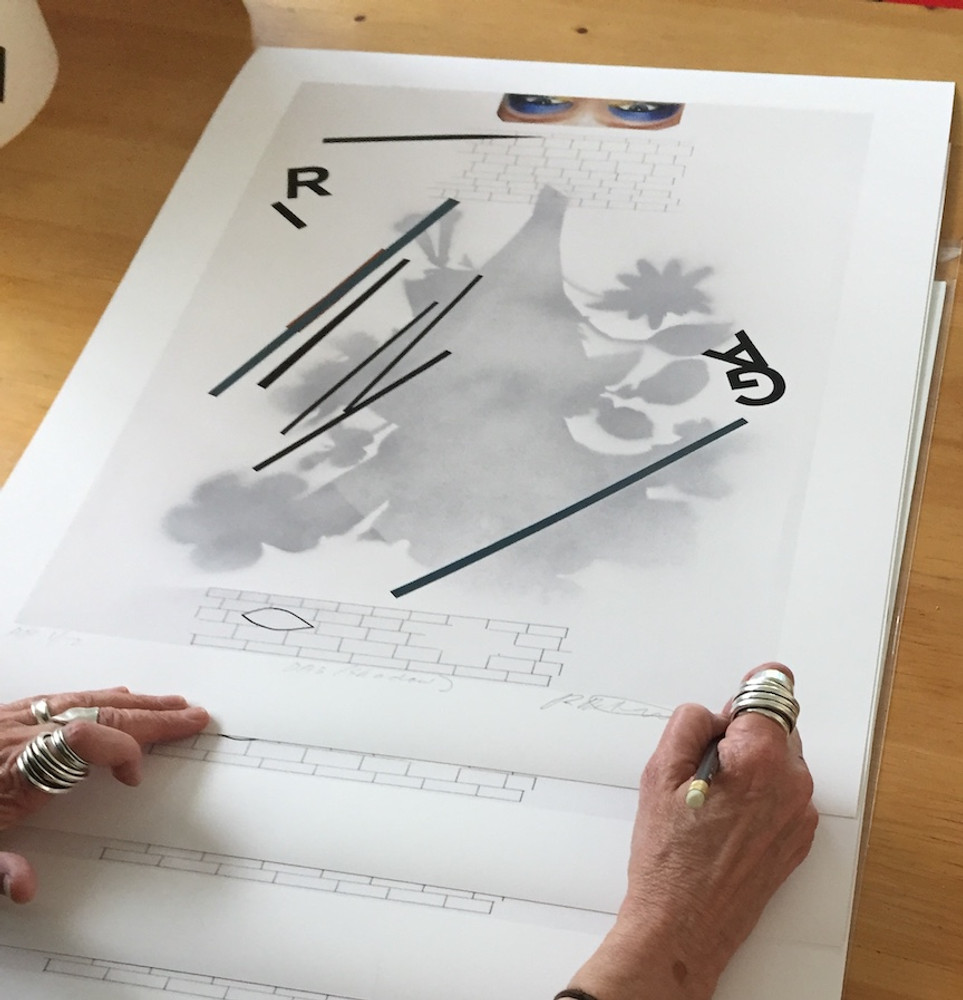 Medium: Archival pigment print on 100% recycled Sugar Paper, from an edition of 25

“Like a Street full of Friends: Studies for Speculative Monuments”

Since the early 1990’s* I have been thinking/considering civic monuments; how they function, what they represent, what they ‘are’.  I have desired to alter them, to interrupt their ‘affect’ or I might say ‘effect’.  Who do they pay tribute to, how does one encounter them, can they interrupt the encounter between viewer and ‘themselves’? the word ‘civic’ is important here.  the historical style of these monuments has functioned for years as a programmatic type. One that purports to represent ideals to war, victims, war victims war leaders and so on.  (Even) conciliatory gifts find their role in these emblems of recognition.

Coins, i.e. money are also part of this system.  (Alexander the Great was the first to put his face on a coin – the propaganda of empire emerged via this easily transmitted ‘vehicle’ of distribution.) This signifiers of nations of information have figured into my works of the 1990’s. Studying how we receive information and what sort of biography/history do we learn from/ do we celebrate.  What is in this order of things?  Two exhibitions in the 1990’s,  The Chicken or the Egg, and In Memory of: In Hope of, and one just prior in 1989, Set Free to Roam the World, A Study in Similarities and Differences, all took up themes of nationhood, signs of representation, and the embedded embellishments that both disclose and conceal ‘information’.  At this same time, I began to investigate countries.  How we remember them and how we see them. Early childhood requires us to memorize the ‘shape and outline’ of our county of residence and of origin. Isolated, by itself, a figure on a ground – an abstraction as such, but one understood and recognized. How do we believe we know this place via its shape and its name?  We do this automatically and then find over the years it changes its name, its shape, and even can cease to exist.

By the 2000’s sound came into focus in relationship to image.  Emblems had there already, representations of…; now, the words, the songs, the utterances of fealty to nation to remembrance surfaces.  A collage of sorts joining together these sound of devotion, sounds of love and respect.

Delving into constructing monuments became a way investigating ideas of homage, of inspiration, and shifting signs. National flowers, electrical towers, grain storage facilities, signage/. Temporality and displacement as vehicles for shifting focus, bewilderment, and alterations(s) of ‘what we think we know’.

This particular grouping of drawings began is some form in 2013 – studies of agit prop, parade elements, soviet monuments, Mexican monuments, theater sets, built on the foundations of earlier symbolic representations of identity.  Initially I thought of the studies as something to lead to ‘sculpture’, something to be built.  The first of which is the Santa Monica permanent sculpture, BOUQUET (FLOWER TOWER) Between Egypt, India, Iraq, the United States, Brazil, Ethiopia, & Mexico, 2014.

These drawings begun in mid march expanded my relationship to the ‘paper’.  What I mean by this instead of thinking past the drawing or study to the ‘sculpture’, I set up a relationship to the act of drawing and developing a way of re-thinking the act of improvisation.  All of these are works are dedicated to the works to writers who changed my way of thinking about things.  I was interested in a more spontaneous response – an end or a goal set in front of me – responding directly to the writer.  I do not feel they are portraits as such, but I do think about portraits as I think about representation, and attributes.  Many of the elements found in the drawings come from my past investigations – national flowers, words, fragments.  There is a deep reflection on my past work and really, only during and after making them, did I begin to sort out how much and how far they reach into my past.  Some of the structures use elements of past investigations; such as the plaids indicating countries, relationships, etc.  There was a speed to this work, a kind of rhythm, a musicality I could say – and references.  Always references.

Some Stories – 1996 installed  - 10 individual sculptures as a whole constituted this civic sculpture situated in a park.  Each sculpture was modeled at one to one scale on a ‘movie prop’, found in the prop rooms of the film studios in the vicinity of the park.  This was a way for me to re-think the nature of civic sculpture. The sizes varied and the objects varied:  a candelabra, a tiny car, a river rock fireplace (a cinema flat) (10 x 5 ft.), a meteor (10 ft. dia) etc. All of the ‘objects’ deemed as ‘props’ were either constructed or selected as ‘readymade’ props made in materials that suited the visuals of film.  I selected the props based on a type of banality or the quotidian use of each item – which led me to discovering how each sculpture ultimately had an audience that was engaged and intimate with the objects as they were not in the sense of most civic sculptures – there was no ‘message’ as such but there was rich interpretation ranging from the use of one as a meeting place for teenage girls who climbed inside of the ‘cauldron’ and to Christmas photos decorated with stockings for holiday cards.  The age engagement seemed to change radically which was what I hoped and yet, was surprised by.

Overlooked information is something I continue to investigate – it is present yet not focused upon. The coins, the stamps the flags the edges, the borders…

These new drawings/studies/investigations upon seeing them in the gallery setting, framed and formalize are leading me back to the start of the action which leads me to the form and the context and to the situation.  I am now interested in taking these to a ‘model’ form – to investigate how they might be situated – what can be seen around them, through them – let’s call this ‘sightlines’.

And, again I am back to work of the 1980’s using edges and sides and placement – conscious of the room of the architecture and where something is seen.

The use of mirror which I first used in 2009 lead me to understand a random and specific inclusion of the ‘environment’.  So what happens if ‘extension’ and environment become direct parts of the work?  How does the ‘body’ come into this environment beyond that of the spectator?

The relationship to homage and to gifts –  I now see as within the spectrum of the body. Acknowledging the ‘being’ – and focusing on writers – that have changed me/ changed my thoughts/ provoked me/ taught me both form and content – well – I felt obliged in a sense to remark on this.   Some persons/ authors not included here are Simone de Beauvoir, bell hooks,

Mario Vargas llosa, Mikhail Bulgakov, Ruth Brown and many others… I cannot stop thinking of tributes that are not propaganda but gifts to prompt and to foster investigation.

An Artist of a Certain Time by Susan Mogul

No Gag or Grab by Ilona Granet