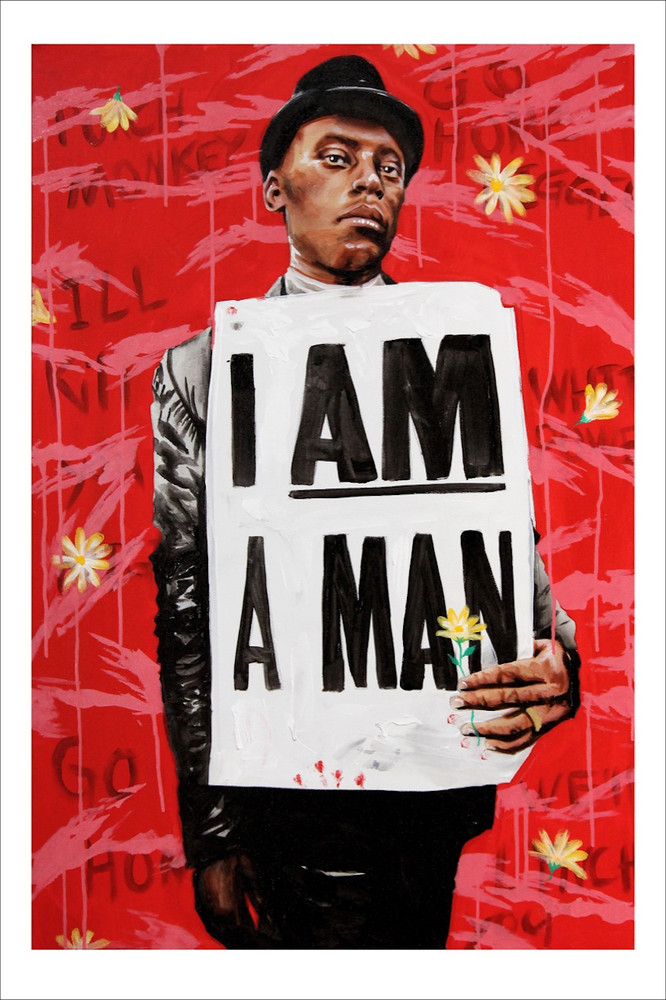 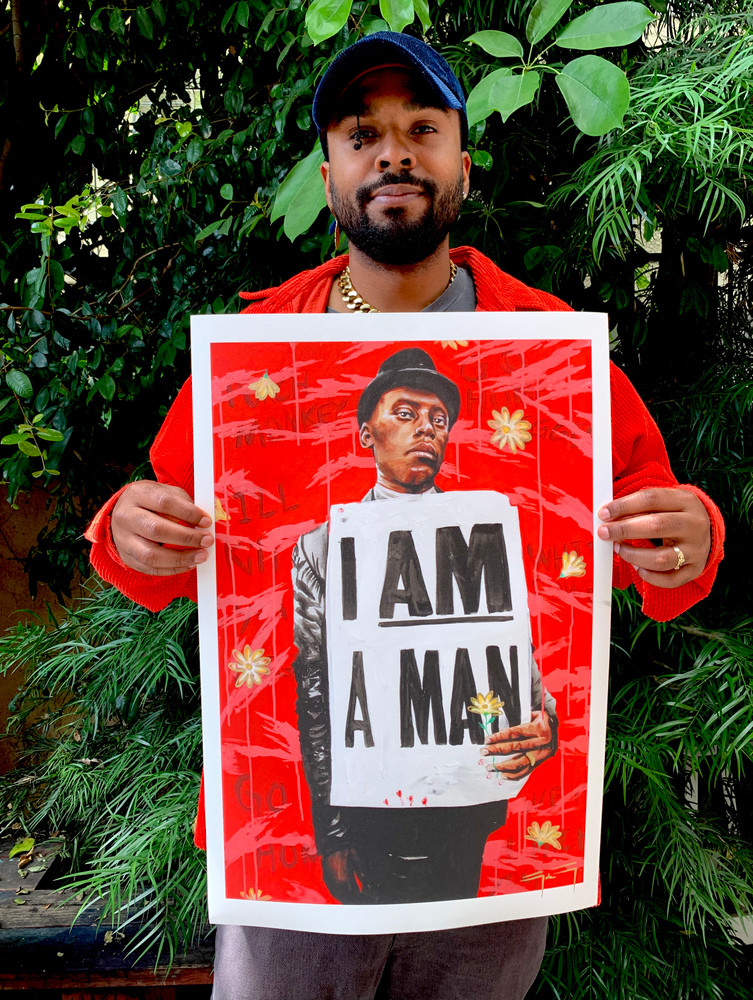 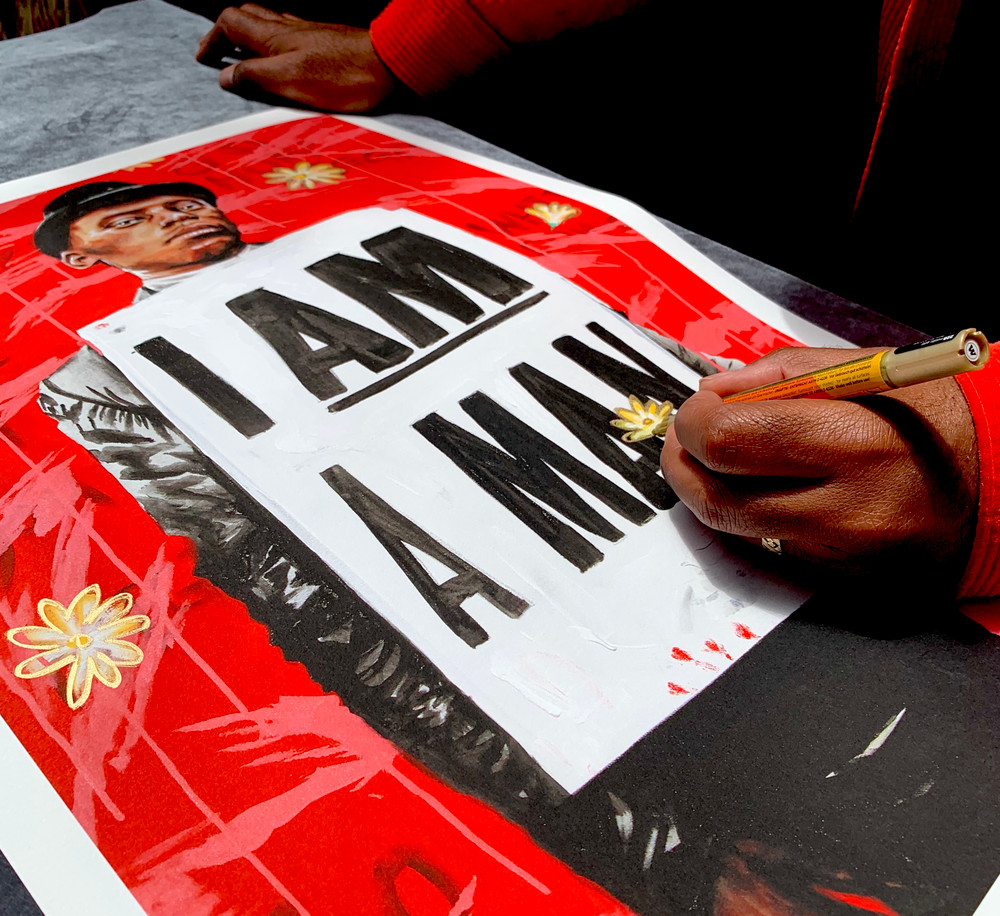 I AM A MAN by Gabe Gault

Title: I AM A MAN

I AM A MAN is based off the 1968 Memphis sanitation workers’ strike. Echol Cole and Robert Walker were crushed to death in the back of their garbage truck after being forced to work in unsafe conditions. After their death, 1,300 sanitation workers, all Black men, led by T.O. Jones walked off the job, demanding to be seen as men and not disposable. The National Guard was called and a curfew set. The protests gained the support of Dr. Martin Luther King Jr, who protested with the workers and gave his famous ‘Mountaintop’ speech. On April 4, Dr. King was murdered at his Memphis hotel. His widow Coretta Scott King marched with 40,000 supporters mourning Dr. King and supporting the sanitation workers. It was only after this that the sanitation workers demands were met.

Man On The Run by Cici Luv