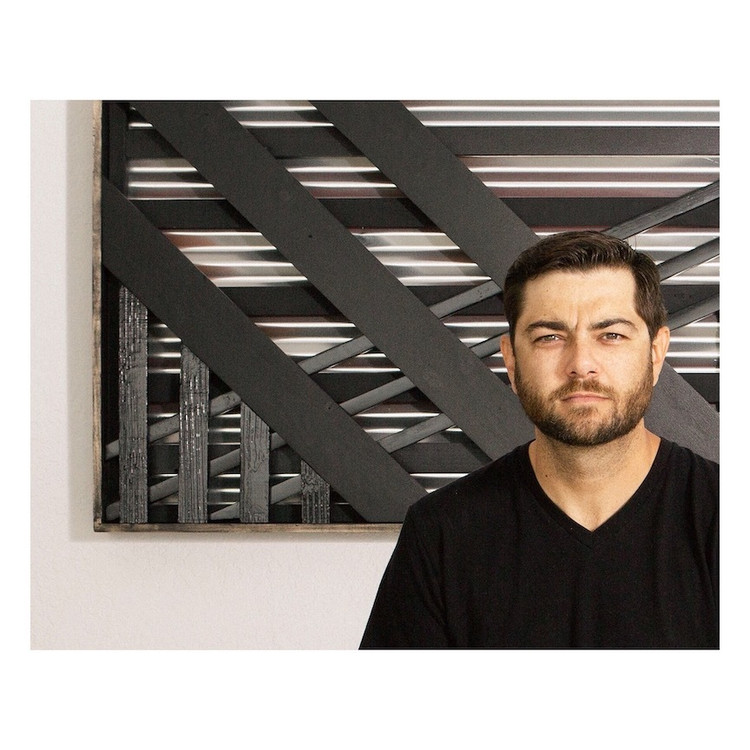 Ryan Campbell was born and raised in La Canada Flintridge a suburb of Los Angeles Ca. campbell attended La Canada High School where he was first introduced to art making as part of the advanced courses he was invited to participate in. Outside of his academics Campbells desire for knowledge led him to pursue taking additional courses at Pasadena Art Center as well as courses through both Brand and Huntington libraries as a teenager. He garnered technical skills for painting early on in his years while creating murals on and around the Southern California landscape through participation in the graffiti culture of the 1990’s.  Moving to Palm Springs in 2001 with new creative desires led to more mature and refined works. Campbell began to discover works of minimalism, abstract expressionism along with California’s light and space movements. Campbell’s work and practice are inspired by such acclaimed artist as Lewitt, Martin, Stella, Soto and Phillip K Smith III. Campbell was commissioned to create a large scale Line Segments work for Desert Regional Medical Center in Palm Springs Ca and would later be commissioned by the city of Palm Springs to create a mural spanning 90’ of width. Corporate commissions include AEG World wide’s Goldenvoice, Pernod Ricard and Red Bull North America, Covered California and Branded Arts. Campbell’s works are in several important American collections including the MacMillan collection as well as having Line Segments works in private collections around the world. Most recently Campbell was selected to hold his Artist Residency with the Palm Springs Art Museum February- March of 2020. Campbell works and lives with the scenic backdrop of the Santa Rosa Mountains near Palm Springs Ca.

He refers to his practice as investigations in geometric abstraction, minimalism and hardedge painting. Campbell titles his works The Line Segments. His works can be described as groupings of hard edged layered bands color that intertwine to produce familiar abstract and geometric patterns that in turn create a vivid sense of dimension.