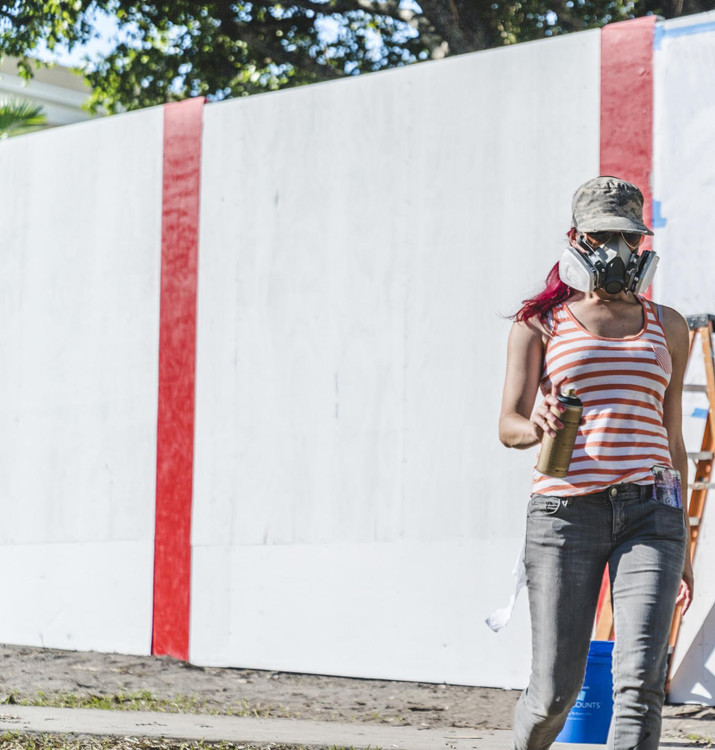 Meg Zany is a Los Angeles-based street artist. Zany’s first pieces of street art appeared early 2016 and she has since produced countless works in over a dozen cities around the world,  including LA, San Francisco, Portland, Seattle, Boise, Denver, Chicago, Philadelphia, New York City, West Palm Beach, New Orleans, Montreal, London, Kraków, Paris, and Berlin. The nature of her work is often a contrast -- bold/in-your-face text paired with lively figures that intimately connect with viewers. Possessing an affinity for flight since a young age, her work often utilizes images that depict aviation. One of Zany’s most iconic stencils is of Amelia Earhart paired with the mantra, "Courage Has No Gender" in order to inspire and motivate others toward an optimistic future, while paying homage to all women who disrupt the forces of gender-profiling — just like Zany herself is doing daily within in the male-dominated world of street art.