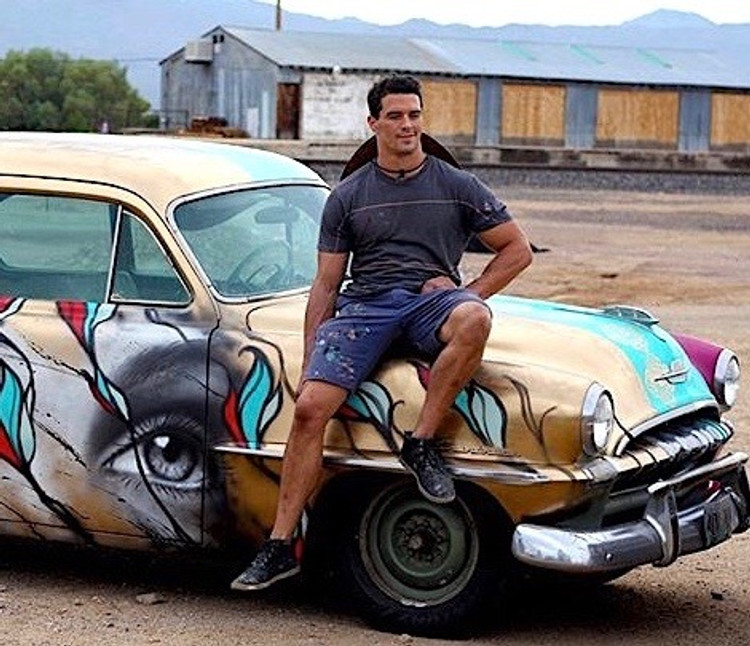 Kyle Boatwright began his artistic path at a young age, and he discovered art’s importance in his life when he was 13. During a series of psychiatric hospital stays to treat his serious depression, he began drawing and painting whenever he had the opportunity. While struggling with addiction and self-destructive behaviors, he developed a passion for graffiti. It led to a one-year jail sentence, and he used that time to focus on his art skills, determined to change his life upon release. Since then, Boatwright has been painting murals whenever the opportunity unveils itself. He has created murals for companies such as Adidas, Microsoft, Coca-Cola, Toyota, and Case Logic.