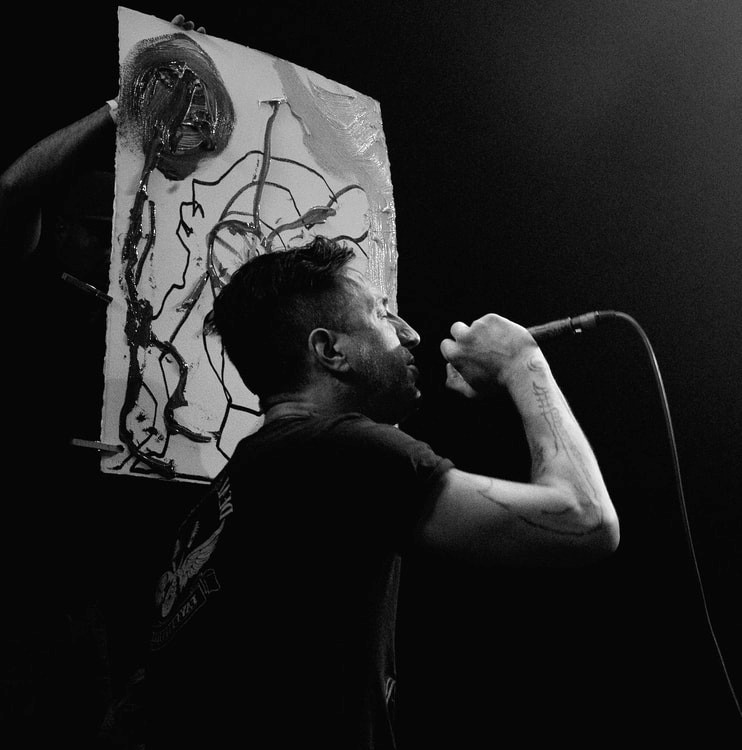 Joseph’s first passion is the visual arts, yet he is better known for his musical talents after being discovered by Peter Gabriel in the mid-nineties. Arthur’s artwork is a spiritual quest expressed through form, lines, and color, involving a profound search for the ‘thread’ of life, binding even opposing forces of torment and beauty. As with Arthur’s music, evocative of such vivid imagery and emotion, his paintings dance with a similar animated rhythm of form.

His artwork has received much attention from the artistic and musical community including a Grammy nomination for his album packaging for the 1999 release of Vacancy which led to the opening of his own gallery in Brooklyn, NY — the MOMAR (Museum of Modern Arthur).