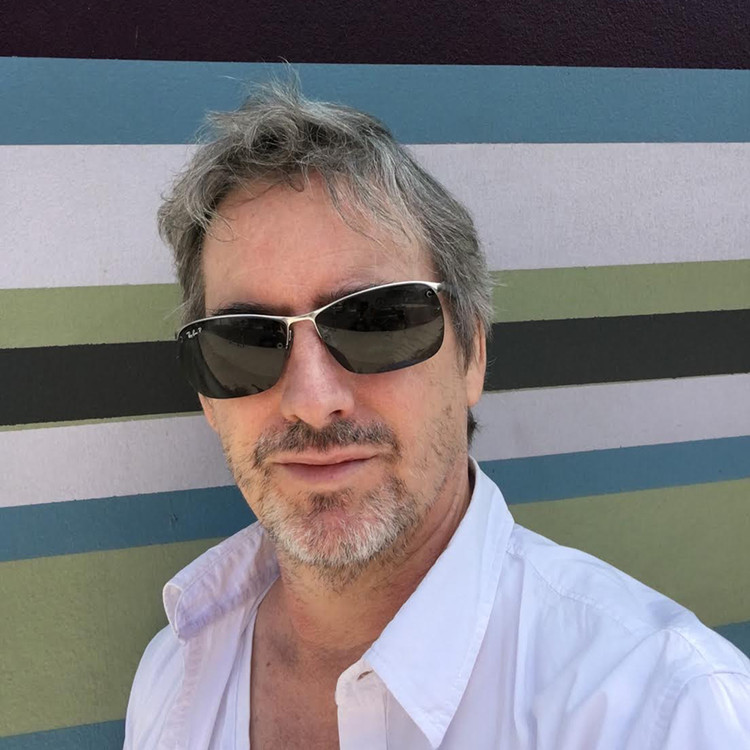 Born to a nomadic family of retail hustlers and small town shopkeepers Jonmarc grew up learning to print produce signs and gift wrapping packages for his father’s “five & dime” customers. Jonmarc’s mother was an avid baker and DIY gift maker, her attention to variety and detail made a big impression on jm’s direction. His art grew out of this mixture of ink and block printing and a careful attention to presentation. As his father’s job evolved into managing chain stores, the family began to move throughout the upper mid-west. Art became the only constant in Jonmarc’s life as his education became a revolving door of public schools while friends changed on a yearly basis. Jonmarc would continue to travel around the U.S after high school, eventually roaming Europe and Asia, gathering influences as diverse as calligraphy, punk sensibilities and short story writing.

Since 1990, Jonmarc has lived in Los Angeles, finding fertile ground for his interests including; immersive installations, digital formats and teaching. He is best known for work that transforms composed writing into concise, legible pictographic landscapes.

Edwards has received numerous grants, awards and commissions including the Louis Comfort Tiffany Foundation in New York City, the Jerome Foundation in St. Paul, MN and the Neiman-Marcus Memorial Commission in Dallas, Texas. His work has been individually exhibited in the United States and abroad at gallery’s that include NewSpace in Los Angeles, Art Affairs Gallery, Amsterdam, Netherlands and Apex Art, New York City. Edwards has also produced and created performative works for Art Center, Pasadena, CA., CalPoly Pomona University and most recently collaborated with Gayle Fekete for her project, Invisible Tracks for The Park Avenue Armory in NYC.