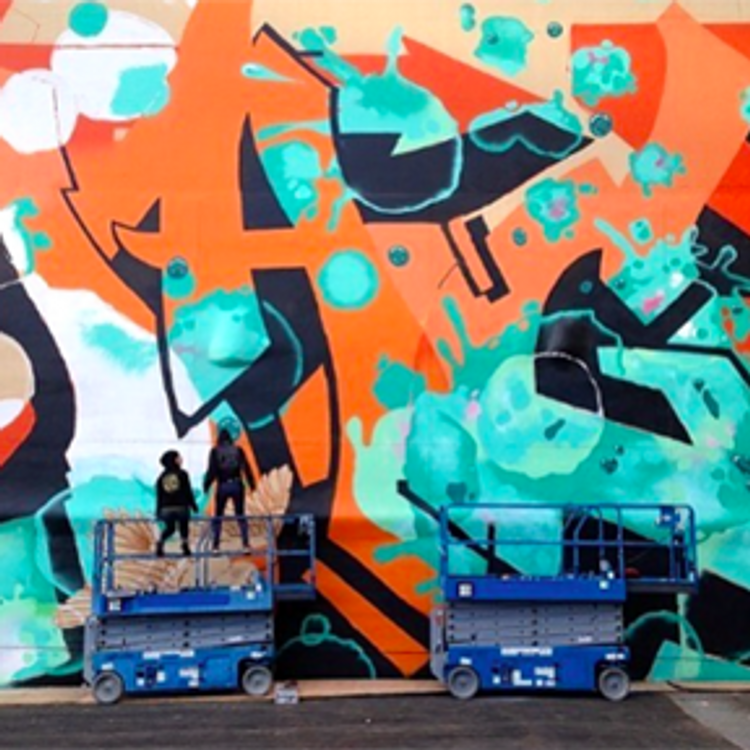 Amandalynn is a Muralist, Fine Artist, and Art Director based in Northern California. Inspired by the female form and spirit, Amandalynn depicts strong, enchanting women, and illustrates their mystery through color and line work, often supporting them with depictions of natural elements. Her works can be found in Galleries and Streets all over the world. Amandalynn believes that sharing the creative process with others is the key to living an inspired life.

Lady Mags has been a graffiti writer since the early 2000s, when she started painting tracksides in Chicago. She has travelled extensively, painting graffiti and large scale murals around the world. Lady Mags began showing fine art in galleries across the United States more recently. She also received a PhD in International Comparative Education from Stanford University.

Together, Amanda Lynn and Lady Mags are known as Alynn-Mags, a street mural and fine art team. Both artists are Bay Area residents, and together they have over two decades of painting experience. Alynn-Mags has been immediately recognized for their large-scale spray paint and acrylic brush paint mural combinations. In their fine art collaborations, the duo also merges different mediums and techniques to create their pieces. Lady Mags often works with abstract imagery, which Amandalynn incorporates into her detailed illustrations. The symbiotic friendship between these two women shines through in their collaborative works, each element supporting the other in their final compositions.